Every Breath is a Gift 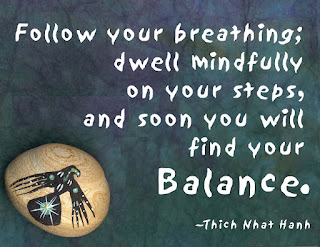 Every muscle hurts, as every cell feels starved for oxygen, and a deep depression has set in, seeing as Zumba has been out of the question. I felt blown off by my doctor, as I desperately tried to refill my Albuterol prescription, my quick relief in a crisis; yet stuck in a financial bind concerning the standard protocol to control asthma, as I can't afford the prescription, which costs more than 10% of my monthly income. And I'm talking about just the copay.

I was diagnosed with asthma before the age of two. For the first 14 years of my life, I was constantly in & out of the doctor's office, being tested for this, tested for that, coming up positive to all 80 allergens. I used an inhaler four times a day, had weekly shots, countless other pills, potions, supplements & syrups, and the most hated of all, "Strong Man Medicine" which I think consisted of some dreadful combination of brewers yeast and black strap molasses.

After moving to Santa Cruz some twenty years ago, I have switched to using herbs & acupuncture, yoga & meditation to control my asthma. Everything seemed fine until the moth spraying last year, when all hell broke loose in my lung cavity. I took the cortical-steroids for a winter, but harbored a deep cough all last year, as well as being concerned about developing thrush & other related side effects. Then we had the wild fires here in California, and everyones bronchial tubes have been compromised. To add to the mix, I put 4 ribs out overextending myself in some African dance move during Zumba; my sweet sister moved in with her lovely, but incredibly long haired, Siamese cat, and my trigger happy histamines have been throwing a party in my bloodstream ever since.

Asthma is a complex disability. An invisible disability, it has kept me from doing so many "normal" things, from mowing the lawn to petting the ponies at the zoo to playing hockey at PE. There are so many triggers, that like migraines, it is a combination that will set off an attack, as well as dictate the severity. Environmental allergens, pet hair, dust, detergents play there part, but so does stress and the emotional component. Melissa Etheridge sings in my head,

Longing for home again
Home, is a feeling I buried in you

I'm alright, I'm alright
It only hurts when I breathe

My voice shook and I teared as I informed my daughter of my current condition, not wanting to worry her, but needing to be real. Quite simply, I have never felt just so plain scared. There is nothing like the feeling of not being able to breathe. Of waking up in the middle of the night, drowning in my own fluids. Of the tight constrictive band that is my lungs. Of the rattling wheeze as I drive home as fast as I can to reach my inhaler. I talked to her about my fears as well as my current health plan. She put her tender arms around my neck, leaned her forehead against mine and just whispered, "It's going to be okay, Mom. I know you're good taking care of yourself."

6 weeks of hell feeling welded into an iron corset, and now I'm getting better. I owe a huge debt to my acupuncturist, who treated me weekly, cupping my back until huge bruises blossomed, drawing out stagnant chi. She gave me the most intense treatments - Four Horsemen in the thighs, and Three Scholars in my forearms. For the first time ever I bruised from the needles. For the rest of the week I would massage the plum blossoms on my forearm, pretending I was massaging my lungs instead.

She put me on an intensive herbal regime to clear my mucous & build up my blood, including herbs such as Clear Mountain Air and Allerplex, which is some bovine lung extract. Sounds icky, but boy do I feel better. Also Vitamin C and Calcium Lactate. Each day I would feel less underwater, visualizing in my mind's eye fresh spring growth on the end of a huge tree, my bronchial tubes growing stronger every day. I steam cleaned all the carpets, changed the furnace filters, banned the cat's from the bedroom, and even (gasp) stopped drinking for awhile. Clean living indeed.

Just now read your blog
I must be the stupidest
Woman on the earth.

Asthma is a psychosomatic illness, and I have definitely felt the psycho. My last lover contacted me, saying the situation had changed. Then I opened Pandora's box and read on their blog all about their current new love affairs. I felt all the hope crushed out of me, worse than being stoned alive. In Chinese Medicine, they say grief is kept in the lungs, and all I have felt for the last two months is this deep sadness, of that part of me that is dying. The part that is dead. I dance with Kali Ma again.

In the Daughters of the Moon tarot, the Heirophant is replaced by the Oppression card. A woman is stoned to death outside her hut. I went to a counselor to get help in casting off my own stones that have been crushing my heart: deep shame, regret and remorse, compromise, self doubt, and the biggest stone of them all: guilt. The Heirophant is the false priest, but what has slayed me most was false hope.

Neptune, that lovely planet of fog & veils, of disappointment and disillusionment, has finally turned direct in Aquarius, which for me is in my house of relationships. I called my Reiki teacher for a distance healing. When she asked me to set an intent, it was quite simply, "Clarity." Each day I pray, may this fog of despair be lifted, may I see a new day ahead. Let me no longer be under an illusion, let me have fresh vision instead. Let my lessons be more gentle, and let my teachers be kinder. And let every breath be a gift. 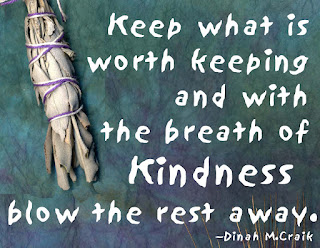