Did you know that 80 people a day haven an encounter with a moose in Sweden? Neither did I. There are fences to keep the moose off the highways all along the roads, with many warning signs. indeed, at one Moose Preserve we stopped at, they had graphically illustrated what could happen if you hit a moose with a life sized diorama: 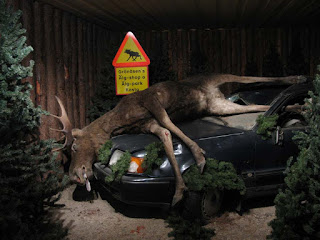 Don't worry, there were live moose at the preseve as well: 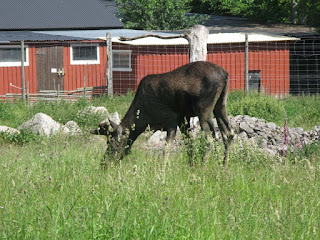 As well as goats: 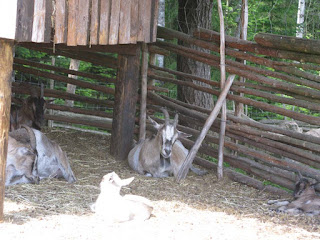 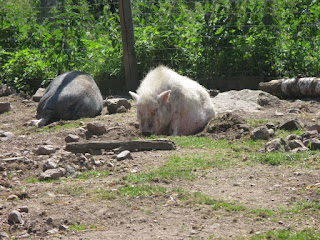 and later on Öland we saw a herd of camel: 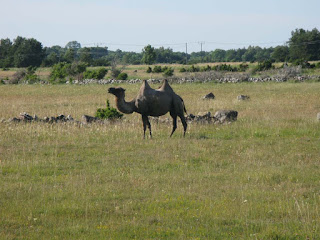 but I did think the moose was flirting with my Mom: 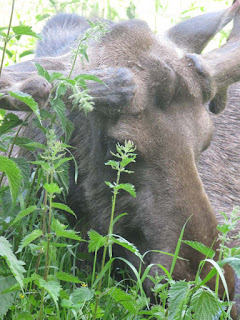 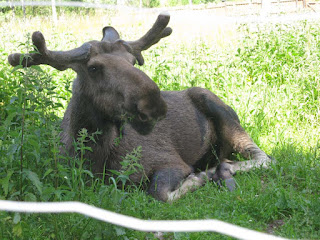