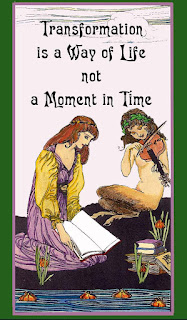 I have been a member of various networking groups over the last few years now, an incredible way to grow my business, create new relationships, and yes, learn some lessons in listening. There was one woman in particular who I found to be perpetually annoying. She would raise her hand several times every meeting and ask questions in a loud, harsh voice, reminiscent of “Horseshack” from Welcome Back Kotter.
I found myself resisting her energetically, taking a cue from other members, and it was easy to blow her off at first. I’d look away during her initial promotional; write myself notes during her monotonous presentations, using the time to tune out her repetitive monologue and create lists of things to do over the coming week.
She became louder and louder over time, always interrupting other speakers, making inappropriate comments and off beat jokes when it was someone else’s turn.  I found myself complaining about her after meetings - at breakfast with my colleagues, occasionally with clients, and even my kid would ask what annoying thing had occurred with her this week.
At some point I realized what a drain of energy this was for me. I felt irritated every time she spoke, the proverbial cat being rubbed the wrong way, and quite certainly I was giving her no referrals. One of her power partners quit the group altogether, stating she could no longer stand the amount of contact they had outside the group, let alone in it.
During one of our meetings, I noticed that she tended to sit exactly opposite me, no matter where I sat in the room. I decided that this was an opportunity to reflect upon this person as my mirror - when do I want attention? When do I act inappropriate or obnoxious? How could I find commonality with her incessant “pay attention to me” attitude and little girl antics? If we are all one and this was just another part of me, how could I love this part of myself?
In our initial 60 seconds of silence before every meeting, I started to make lists in my head of 10 things we had in common. The first few were easy: We’re both women, in business, white, the same age, etc. then I had to start digging deeper. This was a great mental exercise, reminiscent of the work I had done in the past to “love my enemy and wish them happiness”.
I also began to really pay attention during her first promotional, making eye contact, smiling, nodding my head in encouragement.  I discovered that if I gave her my full focus for those 30 seconds, she wouldn’t bug me for the next hour and a half, let alone the whole week.
And clearly it had an effect on her - on whatever level, conscious or subconscious, she noticed that someone was listening to her. She stopped doing all the extra gyrations to be noticed, and seemed calmer as time went by. As Eleanor Roosevelt says, "Everyone needs a good listening to."