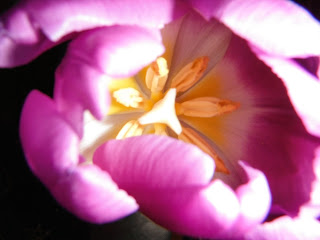 After reading The Detox Book by Bruce Fife, I decided on trying an herbal detoxification  because "(n)ext to fasting, herbs are the oldest method used for detoxification... In our modern society we have the advantage of using herbs from all over the world, not just the ones growing near us. This way, we have access to the strongest, most effective herbal detoxifies the earth has to offer."  I spent the next eight weeks trying different combination of herbs, mostly in the form of teas, as well as incorporating other detox methods such as regular fasting, oxygen therapy and eating the natural foods diet. As a result, I had more energy, had many minor health issues disappear, and lost 14 lbs.

The physical, mental and emotional steps in preparation for the detox were way more than I had anticipated. Last June I was delighted to come home to my next set of course books from AIHT. I picked up the books on detoxification and thought, "This is what I'll do first!" As the saying goes, we make plans, God laughs. I certainly thought about detoxing for the next six months, reviewing my life style habits, thinking about menu plans and exercise, my general health and well being, and how to create better habits, using the detox as a part of the process.

In December I was diagnosed with Lyme disease from a tick bite six weeks earlier. Three weeks of antibiotics helped with the symptoms but had severe side effects, including daily nausea and headaches as well as a hyper sensitivity to the sun, and coincidentally I was going for my first time to Hawaii. My hands broke out in a heat rash and three patches of ringworm appeared in my arm pits. My reflexologist said that antibiotics can stay in your system for up to three months, which became real motivation for a detox.

In January I went on the Natural Foods Diet recommended in The Detox Book. I bought a scale for the first time in my adult life, and was dismayed to see had gained five pounds while on vacation on top of the twenty pounds I had put on over the last year. I put a calendar in my walk in closet and each day weighed myself and charted what I had eaten, number if alcoholic drinks, any activity such as walking, mowing, house cleaning, etc. and any herbal teas or supplements.

Each day I added one thing to my regime to create my own 7 daily habits. For example, the first day I ate a piece of fruit in the morning, the next day I added a glass of cranberry juice in the afternoon, the third day a cup of herbal tea midday, etc. The first month I added one weekly habit, such as a 24 hour fast, dry skin brushing, a longer physical activity such as hiking or biking, and a regular appointment with a health care provider. The second month I added monthly routines, such as a 3 day fast, hot bath with Epsom salts and ear candling.

It was easy to eliminate meat from my diet, eating salmon, lentils, tofu and eggs, mostly not worrying about protein. I eat vegetables but not a lot of fruit, so I started adding fruits to my salads, such as apples, raisins, and grapes. Later I read more about proper food combining in The Miracle of Fasting and started eating fruits completely separately from other foods. My only dairy is usually milk in my coffee which I replaced with honey, and occasionally yogurt, which I found I didn’t crave any more. I was taking a probiotic supplement to continue to build up friendly flora after being on the doxicycline. A couple of times I broke down and did eat pizza and then really felt it the next day, especially in mucus production. I decided to limit alcohol to the times we went out to dinner, and then only drinking two glasses of white wine.

I slowly added supplements, starting with magnesium/calcium to help the nerve damage in my hands from the Lyme disease and the probiotics for intestinal and colon health. I added a thymactive supplement on the advice of both reflexologist and acupuncturist, both of whom I am seeing on a regular basis and who supervised the detox. Eventually I also added Vitamin C, L-lysine, and a wellness formula.

I thought I was emotionally prepared to go through a healing crisis, which did occur, both physically and emotionally a couple of times. Probably the hardest part of the whole process was my emotional sensitivity and some difficult communication with my partner. Some unresolved issues from the past came up, interestingly that coincided with the time of the tick bite, so I would remind myself that this was a part of the process.

The detox experience itself was great, in some ways easier than I expected, mostly because I had thought about it so much and continued to think about it throughout. I felt like I was kind and gentle to myself, going slow, and choosing to create life time habits more than just trying a fad. I certainly learned the rule of "On fast, don't tell" as had received criticism from friends and family.

The first week I lost five pounds, which I attributed mostly to water loss as both the practitioners said I could be experiencing bloating from the antibiotics and from being on my period. I felt lazy and lethargic, wanting to sleep a lot, experiencing a lot of asthma. I realized that I never want to eat when menstruating, a natural time for me to fast, so for a few days only drank juices and ate fruits. I drank a dandelion tea for a gentle liver detox.

The second week I lost one pound, added the thymus supplement, and found a general return of energy. We went biking twice and hiking. I added daily meditation/visualization that I can do while driving. Both allergies and asthma were better. Went for a chiropractic adjustment. I drank a green tea as an antioxidant.

The third week I gained two pounds. It rained all week, so while I continued to eat clean, my daily walking routine was interrupted. My partner and I decided to take ballroom dancing classes on Monday nights for a fun indoor activity. I started oxygen therapy using hydrogen peroxide on my underarm rash and toe fungus, as well as adding drops to my morning drinking water. I went back to drinking the dandelion tea for a few days.

The fourth week I switched a detox tea specific for kidney and liver health, starting with one cup a day and gradually increasing it to three. Once again, when I got my period I did a 24 hour water fast. I found myself doing more heliotherapy, deliberately sitting out with my arms exposed, and the ringworm started to disappear. I started taking an acai cleanse supplement, along with drinking a berry detox blend tea, which I really enjoyed. I lost two pounds.

The fifth week I continued reflexology, stopped dairy completely, including milk in my coffee, and started drinking an acai based cleansing tea. I felt a lot of energy and a lot of clarity, finding I was waking up early with the dawn and remembering a lot of dreams. I went on a walk six days of the week. I lost six pounds.

The sixth week I had an emotional crises and got the flu, as did everyone in my family. I used a lot aromatherapy, especially eucalyptus. As the mucus drained from my me, I affirmed clearing my brain of congested thoughts. Here the neti pot was my friend as well, helping to ease the strain on my sinuses. I took homeopathic flu remedy and a homeopathic cough syrup. I drank a lot of gypsy cold care tea and green tea, eating mostly soup. My weight stayed constant.

The seventh week I had another emotional crisis, this time with a big outpouring of tears, which ultimately felt cleansing. I did ear candles, my first 3 day fast, and took a bath with Epsom salts and lavender. I went to acupuncture to get rid of the last lingering cough, and she recommended the herb Astralagus. I decided I needed a media fast, recognizing the tv is junk food for my brain, and to go back to reading more instead. I gained one pound. I drank a tea for Fasters that was okay, it did take the edge off the hunger, but liked the acai teas better.

The eighth week I got my period and again fasted for a day. I tried herbal laxative tea and just hated it. The rash where tick bite was flared up considerably. I went on a walk six days of the week. I continued to drink the fasters tea. I felt happy and cheerful, excited for spring projects. I lost three pounds.

My overall perspective of the detoxification process is extremely positive. This was one of my best courses from AIHT and one I plan on using in my life as well as a guide for my clients. Physically, I notice my skin has improved considerably, I have more energy, the toe fungus gone, overall less mucus and even less plaque on my teeth, plus losing 14 lbs., feeling more like my normal size, back in my regular body. Emotionally, I feel like I survived the winter and actually had less symptoms of SAD (Seasonal Affective Disorder) than previous years. Mentally, I enjoyed the visualizations and meditations, and look forward to more mind fasts by continuing to go on silent retreats. I know I will continue to use various methods from the book and have detoxing become a regular part of my self care routines. I took to heart the advice, “...those who wish to harness the healing power of herbs for detox and healing at home must take “the people’s medicine” into their own hands and administer it to their own bodies, along with other healing angels of food, water, air and sunlight.” -Daniel Reid, The Tao of Detox (p.196).

Most importantly, the detox had a profound spiritual effect. I did a lot of prayer work as well as Reiki, putting a lot of time, energy and thought into what it meant to detox on all levels of my being, not just the physical. I found my meditations quite focused and engaging, and had a resurgence of creative energy, doing more photography and collage work. I am truly grateful for the detox as it allowed me to clear some clutter from my soul, transmute the poisons of the past and know that I will use this experience as a gift to help others. 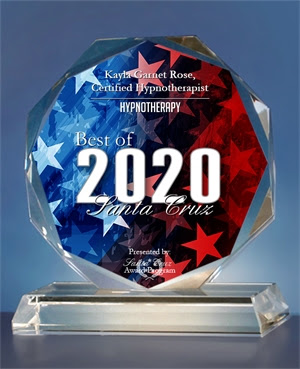