Feeling Out of Whack? Try Grounding, Cleaning and Aligning the Chakras 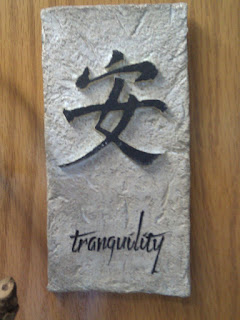 Mercury retrograde brings up a lot for everyone, and I notice it is not just cars that are our of alignment during this period. Backing up your computer is always a good thing to do, but what about rebooting your energetic being?

I decided to practice the exercises from The Psychic Healing Book by Amy Wallace and Bill Henken. Specifically: grounding, cleaning and aligning the chakras. I worked on myself three times over three days, then with a regular clients over two weeks. Both of us found it very useful, energizing and powerful.

For my self, I found it best to do the exercises while sitting out side on the deck in fresh air, aware of the blessing of California sunshine, drawing it's energy deep into my being. Afterwards I would do some weeding to literally touch the earth.

In the grounding exercise, I noticed that sending energy down the tailbone was very different from sending in through my legs and feet. There was a tingling in my sacrum and I could feel the earth energy rise with each inhale. In the clearing and aligning exercise, I found that sending orange light into each of the chakras felt quite refreshing. At the end of the meditation, I pushed the energy out my crown chakra to create a fountain of light around me, visualizing any chinks in my aura becoming whole and filled until I felt surrounded in a golden bubble. I noticed having lots of energy for the rest of the day.

The next two practice sessions each went a little longer, a little deeper. I experienced feelings of contentment and well being. I also experienced being able to stay in one chakra for a longer time, exploring colors, organs, smells, glands, feelings of imbalance and flashes of insight - that "aha!" feeling, of knowing what I need to do next for myself, spanning from going to acupuncture for a spring tune up to including grapefruit in my diet at this time. It was a great way to start each day and set intentions for my self and my clients.

Then I worked with an ongoing client of mine. This client has been a weekly reiki and hypnotherapy client for almost two years, grappling with the recent death of her son. Her affirmation is, "I had a life before, I will have a life again". The first practice went well, I certainly felt more grounded and present. The second session was really powerful.

Usually I start at the client's feet and ground them to the earth. This time I followed the exercise from the book. After having my client take in a few deep cleansing breaths, I began by running energy from dropping down from the base of her spine into the center of the earth, while gently touching her feet. Here we invited the earth energy to rise up through these roots to the sole's if her feet, through her bones, muscles, tissues, atoms and into each of the chakras, along her spine as well as hands and feet.

In a regular chakra tuning I would visualize the color that intuitively or traditionally corresponds to that particular chakra. This time I kept with visualizing the orange light from the center of the earth, coming up through the soles of my feet and through my body into my hands, and thus into the sole's of my clients feet. The energy was red and brown, and I had the impression of roughly hewn statues and carvings before my eyes, reminiscent of Mayan carvings, very tactile. When moving through each of her energy centers, I would experience visions which I would verbalized, all the while thinking, "just be an open channel."

When I reached the crown chakra, I had the client open to all of the celestial, universal and heavenly energies to meet with that earth energy and to pour it's wisdom and universal healing energy through her in any way that would be beneficial now. At this point I stopped speaking until the end of the appointment.

Usually this client will talk nonstop the entire session. From the moment we began she was completely silent, following my words and clearly going deeper and deeper into trance. I observed her eye lids flicker, breathing become more even and shallow, body clearly relaxing. I began to move up her body, moving from feet to knees to hips, touching lightly and feeling the pulses shift and change. My feet were tingling like crazy, as was my tail bone, with every inhalation I could feel pulling up that rich, red, brown earth energy and moving it easily into Joanne's body. With each exhalation, I felt the cool blue and violet, more wispy energies from the heavens, infusing her esthetic body. Behind my closed eyelids, I could easily see her aura, black to begin with then pulsing bright red.

When I got to her head, I sat down on a stool and place my hands on her face. I noticed I was pressing in a little, so consciously started to lighten my touch. The lighter my touch, the more I could feel our molecules melting away, and my fingers began to dissolve into her face. I had that moment of complete oneness, and as I breathed on her crown chakra I knew I was breathing into my self. I could scan down her body and easily see her skeleton, although bright green, with red spots flashing here and there. I wasn't aware of golden energy to send them, so just continued yo channel the reiki for the highest good.

I moved down her right side, touching her shoulder and hand. Here I had a vision that she was bailing out a life boat full to the brim with salt tears with a tea spoon. Suddenly she gabbed a toy bucket instead. The pint of view shifted, and you could see many people in the lifeboat, all helping her bail it out. Now her choice was whether to rejoin the cruise or head off to new waters.

I moved back down to her feet. I got down on my knees and held her ankles while sending orange light down her body, which was appearing electric blue. I stood up and very deliberately began squeezing on her feet and toes, bringing her back into her body, waking up every part slowly and gently. I gave her a long time to reorient then checked in after she drank some water.

She said she had never gone so deep, but it felt like being gently cupped and supported rather than being dropped. Three days later we met again to check in. She was in good spirits and was involved in creating a memorial mural for her son the surfer as well as a blood drive in his honor.

Since then, I have had the opportunity to practice this technique with six hypnotherapy students, several clients and as a part of my morning meditation with my life partner. I have experienced the effects on all levels - astral, etheric, physical, emotional, mental - and have been deeply grateful to do what I would consider a spring clearing of the soul, releasing emotional and mental clutter in particular, making way for increased energy and vitality.