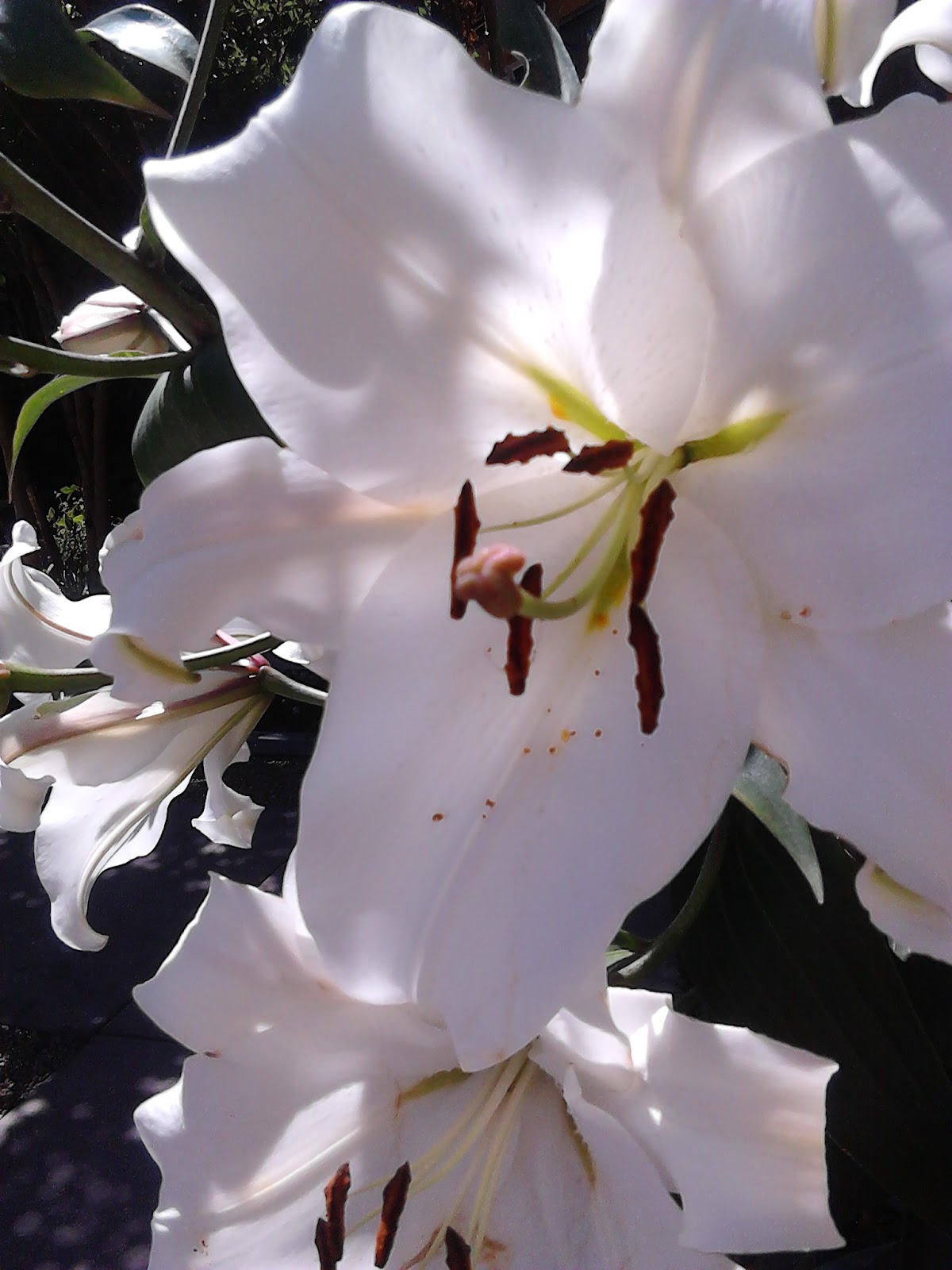 After reading The Detox Book by Bruce Fife, I decided on trying herbal detoxification because "(n)ext to fasting, herbs are the oldest method used for detoxification... In our modern society we have the advantage of using herbs from all over the world, not just the ones growing near us. This way, we have access to the strongest, most effective herbal detoxifiers the earth has to offer" (p. 173). I spent the next eight weeks trying different combination of herbs, mostly in the form of teas, as well as incorporating other detox methods such as regular fasting, oxygen therapy and eating the natural foods diet.

The physical, mental and emotional steps I took in preparation were way more than I had anticipated. Last June I was delighted to come home to my next set of course books from AIHT. I picked up the books on detoxification and thought,"This is what I'll do first!" as the saying goes, we make plans, God laughs. I certainly thought about it for six months, reviewing my life style habits, thinking about menu plans and exercise, my general health and well being, and creating better habits.

In December I was diagnosed with Lyme disease from a tick bite last October. Three weeks of antibiotics helped with the symptoms but had severe side effects, including daily nausea and headaches as well as a hyper sensitivity to the sun, and of coincidentally I was going for my first time to Hawaii. My hands broke out in a heat rash and three patches of ringworm appeared in my arm pits.

In January I started reading The Detox Book and went on the Natural Foods Diet. I bought a scale for the first time in my adult life, and was dismayed to see had gained five pounds while on vacation. I put a calendar in my walk in closet and each day weighed myself and charted what I had eaten, number if alcoholic drinks, any exercise, and any supplements.

Each day I added one thing to my regime to create my own 7 daily habits. For example, the first day I ate a piece of fruit in the morning, the next day I added a glass of cranberry juice in the afternoon, the third day a cup of herbal tea midday, etc. The first month I added one weekly habit, such as a 24 hour fast, dry skin brushing, a longer physical activity such as hiking or biking, and a regular appointment with a health care provider. The second month I added monthly routines, such as a 3 day fast, hot bath with Epsom salts.

It was easy to eliminate red meat from my diet, eating salmon, lentils, tofu and eggs, mostly not worrying about protein. I eat vegetables but not a lot of fruit, so I started adding fruits to my salads, such as apples, raisins, and grapes. Later I read more about proper food combining in The Miracle of Fasting and started eating fruits completely separately from other foods. My only dairy is usually milk in my coffee and occasionally yogurt, although the couple of times I broke down and did eat pizza, which I really felt it the next day, especially in mucus production.

It was easy to limit alcohol to the times we went out to dinner, and then only drinking two glasses of wine, eliminating beer and hard alcohol completely. I slowly added supplements, starting with magnesium/ calcium to help the nerve damage in my hands from the Lyme disease and probiotics for intestinal and colon health. I added a thymactive supplement on the advice of both reflexologist and acupuncturist, both of whom I am seeing on a regular basis.

I thought I was prepared to go through a healing crisis, which did occur, both physically and emotionally. Probably the hardest part of the whole process was my emotional sensitivity and difficult communication with my partner. I really wanted my choices to not feel like a judgement, and to honor and respect his own decisions. I certainly learned the rule of "On fast, don't tell" and received criticism from other friends as well.

The detox experience itself was great, in some ways easier than I expected, mostly because I had thought about it so much and continued to think about it throughout. I felt like I was kind and gentle to myself, going slow, and choosing to create life time habits more than just trying a fad.